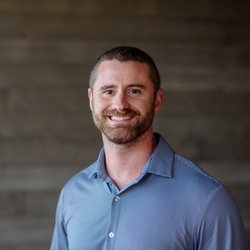 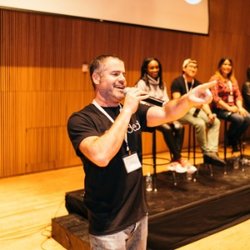 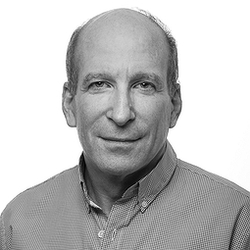 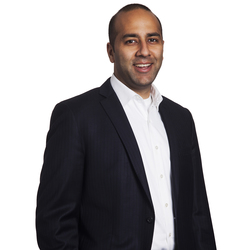 Doug Clinton is a managing partner and co-founder at Loup Ventures. Prior to Loup Ventures, Doug was a research analyst at Piper Jaffray where he covered the Internet space. Covered companies included Apple, Google and Facebook. Prior to joining Piper Jaffray, Doug was an early employee in sales and operations at Enpocket, which was later acquired by Nokia. Doug’s experience at Enpocket led to his passion for startups. Doug holds a bachelor's degree in business administration from Boston University.

Joe Rubin is a Director & Co-Founder of FundingPost.com. FundingPost has been introducing entrepreneurs to investors nationwide for over 15 years through its Online Venture Exchange, Dealflow Magazine and VC & Angel Investor Conferences in 23 cities. Joe has also invested in over a dozen seed deals over the past several years, such as Sticky, Inc. (acq. by Splashtop), Senscient (acq by MSA Safety Inc), Giftworks (acq. by Frontstream Payments), CIMA Systems, was an investor and on the advisory board of Offermobi (acq. by Moko.mobi), Human Demand (acq. by IgnitionOne) and an advisor to Gozaik (acq. by Monster), and Augmate.

Joe spends most of his time working with investors and helping early-stage entrepreneurs, and speaks at events such as the NYC Economic Dev. Corporation's Jumpstart & Fasttrac Program's, FashInvest, Connecticut's CTech, & is a Mentor to Angel Groups such as 37 Angels and TopStone Angels. Joe is also a Founding Partner of ARC Angel Fund I & II, seed tech funds based in NYC with Investments such as Upnext (acq. by Amazon), Medivo, Sidecar, Kanvas (acq. by AOL), YieldMo, & is a prior board member of the Crowdfund Intermediary Regulatory Advocates.

Mitchell Kleinhandler is a Venture Partner and Advisor at Scout Ventures, LLC, an early stage technology venture capital fund located in New York City. He is also an investor and advisor to startups and has extensive expertise in the financing, development, and management of early stage companies across diverse industry verticals. Prior to Scout Mitchell was a serial entrepreneur with a record of success as a founding partner and senior level executive of numerous startup and growth businesses in both the United States and Europe. His expertise extends also to acquisitions, financing, management, consolidation, restructuring, integration, reorganization, and the sale of existing operating businesses. His primary focus remains in subscription­based recurring revenue business models, building off of an expertise in the telecom, media, and digital sectors.

Ram is the CEO and Founder of PeerIQ. PeerIQ is the leading provider of data & analytics to the marketplace lending sector. PeerIQ is focused on improving investor confidence by offering tools to promote transparency, standardization, and liquidity.

Ram received a B.A. in Economics-Philosophy from Columbia University and is a CFA charterholder. 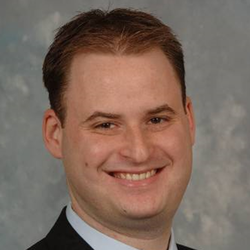 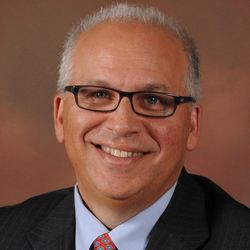 Asael Meir, CPA, is a partner at CohnReznick and the leader of the Firm’s Technology Industry Practice in our New York region. With more than 15 years of experience in providing assurance and financial reporting services, Asael developed expertise in serving technology companies, specifically Software-as- a-Service (SaaS) and digital media companies. He works closely with business owners and management teams of both privately held and publicly listed companies who are seeking guidance regarding acquisitions, divestitures, and capital formation transactions. Prior to joining the Firm, Asael worked in the Middle East, Asia, Europe, and the United States, enabling him to provide unique and global business insight to his clients. His private industry experience included founding a start-up telecommunications company and multiple advisory assignments to international corporations.

David Sorin is an office managing partner of McCarter & English and Co-Chair of the Venture Capital & Emerging Growth Companies practice. He focuses primarily on privately- and publicly-owned startup, early stage, emerging growth, and middle market technology, tech-enabled and life science enterprises, as well as the investors, executives, and boards of directors who support and lead them. Dave has a long track record of successful representation of growth companies, having been repeatedly recognized by well-known periodicals for a unique combination of legal acumen and sound business judgment. He also brings to bear his broad range of knowledge and experience in counseling enterprises and investors in diverse emerging growth markets, technology industries (including software, information technology, e-commerce, cybersecurity and communications), and life sciences. Many of the companies he represents are well-known names throughout the Mid-Atlantic region. Under his leadership, McCarter & English has become one of the leading, and most active, law firms in transactions for venture-backed companies. In fact, it is a top-ten global law firm in four distinct categories according to PitchBook’s most recent global league rankings: fifth regionally, tenth nationally, ninth globally and eighth in enterprise software.

Humanity has finally come to a place where technology has caught up with imagination - it's up to tomorrow's leaders to ensure it doesn't surpass it.

The necessity of innovation and forward-thinking in the business world has compelled YJP to launch a Technology Startups Division. Log into a host of intimate roundtable discussions and stellar summits featuring a panel of technology experts who don't just see the future, but create it.

Come marvel at a panel of knowledgeable technological leaders. Business executives, VCs, CEOs and angel investors will take on important roles and mentor our young professionals.

Established tech companies have been bankrolling new offices in New York, from Google to Facebook in their insatiable hunt for talent and to establish a foothold in the premiere capital of commerce. Learn the ins-and-outs of creating a company with just a few laptops and a whole lot of smarts.