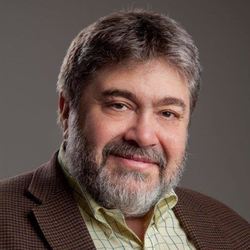 Jonathan Medved is a serial entrepreneur and according to the Washington Post (2007) “one of Israel’s leading high tech venture capitalists”. In the 2008 NY Times Supplement “Israel at 60” Medved was named one of the top 10 most influential Americans who have impacted Israel.

Medved is the founder and CEO of OurCrowd, the world’s largest equity crowdfunding platform for accredited investors which has raised more than $440M for almost 120 companies since its launch in February 2013. Bloomberg Businessweek said that OurCrowd “has blown up the exclusivity around tech fundraising” and The Jerusalem Post added that & has taken OurCrowd only a matter of months to become one of Israel’s most active funds". TheStreet.com said that OurCrowd is “Crowdfunding for Real Investors.”

YJP is proud to host Jon Medved, CEO at OurCrowd for an intellectual discussion on entrepreneurship, the startup nation, and the rise of billion-dollar exits. The event will begin at 6:30 pm sharp with delectable bites, a premium open bar, and networking with like-minded professionals in the technology/startup industry. This event is limited to only 20 attendees and ideal attendees are entrepreneurs and investors.

OurCrowd is the leading crowd investing platform for accredited investors. OurCrowd enables angel investors from around the world to invest alongside us in hand-picked, diligenced early-stage companies at the same terms, while providing fast-growing companies with a new strategy for raising capital. Our mission is to grow this global equity crowdfunding solution at a scale never accomplished before.

Managed by a team of well-known investment professionals and led by serial entrepreneur Jon Medved, OurCrowd vets and selects opportunities, invests its own capital and brings these startups to its membership. OurCrowd has raised over $750 million in equity crowdfunding for its 150+ portfolio companies.

If you have any questions, please email dani@yjpnewyork.com.